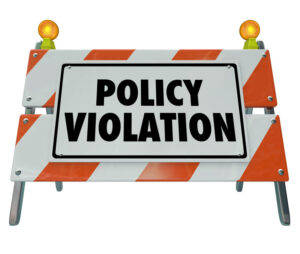 As explained in the previous two posts, the Fairfax County School Board decided eighteen months ago, in September 2020, to revise its long-standing Controversial Issues Policy.  This was deemed necessary so that teachers could indoctrinate their students with  “anti-racist” ideas about “power,” “privilege,” “systemic racism,” “identity,” and “equity.”

This post discusses the development of a new Controversial Issues Policy, which presumably will be voted on by the School Board in the near future.  The School Board has been less than transparent about the process, but 2,000 pages of documents obtained through the Freedom of Information Act tell much of the story.

At the outset of its project, the Board attempted to suggest that its process would be inclusive and objective.  It hired a consulting firm; a public survey was sent out; and focus groups were arranged to obtain input.  But each step was biased, the end-result having been predetermined.

The  first step was to hire a consultant.  Bids were solicited from four firms.  All of them specialize in “equity/”social justice” work.  The bid of The Leadership Academy, Inc. (“TLA”) was accepted in late January 2021.  TLA was to be paid $49,600 for “community engagement” assistance.

TLA prepared a survey to obtain input from the public.  A copy of the survey questions is HERE.  The questionnaire drew immediate criticism for its obvious bias.  The questions were tilted in favor of responses that suggested policy changes were needed, and there was no ability for respondents to disagree with the premise of the survey.  A sampling of public objections is HERE,  HERE , HERE, and HERE.  Members of the School Board and their staff also recognized that the survey was badly flawed.  See HERE, HERE and HERE.  Although the survey responses were compiled, it is not clear what role the survey played in the subsequent stages of the process.

The next step was to convene focus groups to discuss the issues.  Again, there was no effort to be objective.  The participants were invitation-only and carefully selected. Virtually all of them, other than student participants, were school personnel and representatives of minority interests, including “anti-racist” organizations, ethnic groups, gay pride organizations and special ed groups.  No one was invited who might be expected to say that the Board’s plans were misguided. A list of the participants is HERE.

The plan was to draft a new Policy in June-July 2021 and to seek community input in August-September.  CITE.   That didn’t happen.  A planned second round of focus group sessions was cancelled, without explanation.

When citizens asked their representatives about the process of developing new “anti-bias” policies and a revised Controversial Issues Policy, they were given carefully-vetted, reassuring responses that did not reveal the Board’s intent to allow teachers to be social-justice advocates in classrooms.  A few examples are HERE, HERE and HERE.

At one point, a password-protected website was established for communications relating to the project, as revealed HERE.  The apparent purpose was to facilitate off-the-record dialogue among Board personnel.  Fairfax Schools Monitor has been told, however, that this tool was not actually used.  See Email from FOIA Office to Mark Spooner.

Drafts of a revised Controversial Issues Policy and Anti-Racism/Anti-Bias Policy were prepared as early as July 2021, but these were not released to the general public.  CITE.

In addition, it appears that an improper effort was made to claim “attorney-client privilege” for many communications relating to the project. Attorney-client privilege is a doctrine that protects from public disclosure legal advice rendered by an attorney to his or her client.  Here, however, it seems that school personnel may have been routing documents through the office of the Board’s in-house lawyer so that “privilege” could be claimed, regardless of whether the documents reveal an attorney’s legal advice.  See CITE :  “We send confidential info through John.”  (“John” is John Foster, the Division Counsel for the School Board.)  As of the date of this post, Fairfax Schools Monitor has not received an answer to its queries about what documents are being withheld from our Freedom of Information Act request due to this secrecy precaution, and it is unclear whether litigation will be necessary to force all non-privileged documents to be disclosed.

The Project Seemingly Fell Into a Black Hole for Several Months

Following the survey and focus groups in the first half of 2021, the process of revising the Controversial Issues Policy languished for several months.  TLA had been scheduled to conduct a second round of focus group sessions, but these didn’t occur.  In response to our Freedom of Information Act request, we were told that the Board was no longer working with TLA, but we have received no documents revealing when the relationship was terminated, or why.  (Possibly being withheld on grounds of “privilege”?)

Internal documents from September 2021 state that the process of developing a new Policy had been “paused.”  See HERE.  We have not been given records revealing when this decision was made, or why.  In October, there seemed to be internal confusion about what the next steps should be: possibly to seek more input from the “stakeholders” (i.e., the groups deemed to be supportive of the Board’s plans) and/or to seek input from the wider public.  A staff member asked: “We would like guidance on whether a targeted survey would solicit enough stakeholder input on these draft policies and regulations?  Or would we need a public review … in addition to a targeted survey?”  The Chief Equity Officer responded, ” I cannot imagine that there is an interest in public discussions on these topics (in this moment).”  See CITE.

Internal correspondence in early December 2021 indicates that there was a plan to bring the matter to the Leadership Team and the Board in December.   That didn’t happen.  See CITE.  In early January 2022 the project was still in limbo.  See CITE.

However, after several months of apparent inactivity, a radically revised Controversial Issues Policy was considered by the Board’s Governance Committee on March 15, 2022.  The text of the proposal is HERE.  It will presumably be considered by the full Board at one of its meetings in the near future.

An upcoming post on this site will analyze the proposed Controversial Issues Policy in detail.  If enacted by the full Board, it will constitute a radical departure from long-standing policy, which has wisely provided that teachers should remain neutral if and when highly-charged issues arise in classrooms.  The purpose of the proposal is to authorize instruction about the Board’s controversial ideas about “privilege,” “systemic racism,” “identity,” etc.

The Board took eighteen months to develop this policy, and it took time to solicit input from its carefully chosen “stakeholders.”  It has not taken the time needed to obtain input from parents and the general public of Fairfax County.  Such input is essential.  Without it, the Board would create a firestorm of controversy and would open up a wide array of contentious issues, which would plague our school system for years to come.