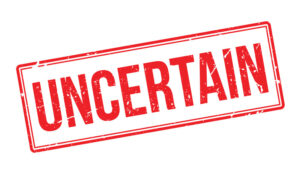 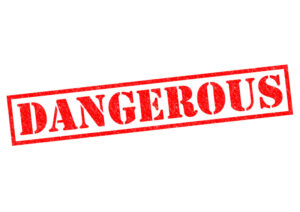 In September 2020 the Fairfax County School Board initiated a process to revise its Controversial Issues Policy.  Now, two years later, the revision is nearing completion.  On June 23, the Board’s Governance Committee approved a new version, which is being sent to the full Board for review and approval.  It is scheduled to be reviewed by the full Board at a work session on July 12 and will probably come up for final Board approval in late August or in September.

If adopted, the proposal will substantially change long-standing policy that has required teachers to be neutral when addressing controversial issues.  The policy will endorse a race-based curriculum that emphasizes the role of “privilege,” “power,” “institutional racism,” and “identity” in American history and governance.  It will also authorize teachers to encourage students to become activists in “social justice” causes

The proposal should be a wake-up call for citizens of who are concerned about indoctrination of our youth with controversial, ideological concepts.  Concerned citizens of Fairfax County should consider:

Fairfax Schools Monitor has been following the amendment process for many months and has written several articles about it.   The prior ones are HERE, HERE, HERE, HERE  and HERE.  These articles document the following facts:

The Proposal is Vague, Divisive and Dangerous

The text of the existing Controversial Issues Policy is HERE.  The revision is HERE.  As can be seen, the existing Policy is short, to-the-point, and easy to understand.  The proposed new Policy is lengthy, convoluted and vague.

The Board could have achieved its objective by adding to the existing Policy a statement like: “Teaching the following concepts shall henceforth be exempt from the Controversial Issues Policy: institutional racism, white privilege, the importance of a person’s ‘identity,’ the self-interested power exercised by majorities over minorities, and the need for ‘equity’ and ‘social justice.'”  The proposal does not do that.  Instead, endorsement of the race-centric curricula is shrouded in generalized verbiage that misleadingly suggests objectivity will still be required in classroom instruction.

I have written a detailed letter to the members of the School Board, outlining many of the objectionable features of the proposed new Policy. Rather than repeating them in this post, I strongly urge concerned citizens to review the letter, which can be viewed HERE and HERE.  As it shows, the proposal is not only wrong-headed in authorizing the concepts of systemic racism/privilege/identity/power/equity to be taught; its open-ended language would create broad, new areas of controversy.  The letter is rather lengthy because the proposal has many serious problems.

The School Board wants to teach the controversial ideas of “privilege,” “institutional racism,” etc. as if they are established facts.  They are not.  And even if there is an element of truth to some of them, it is bad policy to emphasize them as the Board’s curricula and policies do.

What is more important:  To tell minority students that the deck is stacked against them in life, or alternatively, that despite past history, our nation has made great progress and that vast opportunities await anyone who gets a good education and works hard?  Do we really want to teach our youth that “equity” and “social justice” require the government to achieve equal outcomes for all, not just equality of opportunity?

I believe that if most citizens of Fairfax County were aware of what the Board wants to teach our kids, they would rise up in protest.  Thus, the very idea of amending the Controversial Issues Policy to permit these concepts to be taught as established facts is wrong.

Beyond that, however, the proposed Policy is objectionable because its wording would open up many additional issues of serious concern, as outlined in my letter to the Board.

I strongly urge any Fairfax County reader who shares my concerns to make your concerns known to the School Board.  Here’s how:

Email:  You can send an email to all the Board members, or individually to the member for your District, by going to fcps.edu/school-board.  Scroll down to “School Board Members,” and then “Contact the School Board.”  It is not necessary for your message to be anywhere near the length of mine; you can express your opinion briefly if you’d like.  You can be forceful, but please be respectful.  Before sending, copy the text of your message and paste it somewhere, such as in Word, so you will have a record of what you’ve sent.  Please send a copy to Mark@fairfaxschoolsmonitor.com.

Letter:  You can send a hard-copy letter to one or more members of the School Board, as I have.  The address is 8115 Gatehouse Road, Falls Church, VA 22042.  Again, I’d appreciate if you would send me a copy.

Attend the Board’s Work Session:  If you are available, attend the Board’s July 12 work session, where the Governance Committee’s recommended Policy will be discussed.  Citizens can’t speak at these sessions, but attendance can help us understand the Board’s thinking and intentions.  Also, public attendance at these sessions can impress the Board with the public’s level of concern.  The work sessions occur at the headquarters: 8115 Gatehouse Road, Falls Church, Va.  The meeting is tentatively set for 1:30 p.m. on July 12.  If you plan to attend, please check the Board’s website a few days beforehand to confirm the time of the meeting and the meeting room.

Speak Up at a Board Meeting:  Register to speak at a regular meeting of the School Board.  The Board will shortly be going into a summer break, but the meetings will resume in August.  The procedure for registering, and the rules governing community participation, can be found on fcps.edu/school-board; scroll down to “Speak at a Board Meeting.”