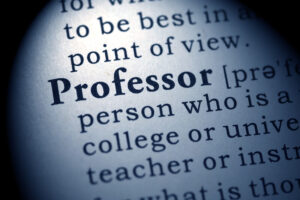 As reported in several prior posts on this site, the Fairfax County School Board paid Ibram X. Kendi $20,000 for a one-hour Zoom appearance in August 2020 at the kick-off session for the school year.  Fairfax County schools spent an additional $44,000 to purchase his books.

Fairfax Schools Monitor wanted to see what the school officials said about Kendi, and what words of wisdom he conveyed, that warranted paying him $333.33 per minute.  (Not a bad rate of pay for someone who preaches that to love capitalism is to love racism!)  So, in mid-November of last year, we asked for a copy of the Kendi videotape pursuant to the Virginia Freedom of Information Act.  The School Board refused our request.  Why?  Because the Board had not only agreed to pay Kendi a whopping fee; it had also agreed that Kendi would have sole “intellectual property rights” in what he said, thereby preventing the Board from disclosing the videotape of his presentation.

In mid-January we filed suit in the Fairfax County General District Court to challenge the Board’s refusal.  The Board’s attorney fought us tooth and nail, raising every possible technical objection, as well as opposing our request on legal grounds.  After three hearings, the court finally issued its ruling last week, on May 11.  It agreed with the Board’s argument — erroneously we believe — that the School Board’s contract with Kendi gave him the right to prohibit copying of the video.  Fortunately, the court also ruled that Kendi’s rights would not be violated by viewing the video without copying it.

I went to the Board’s headquarters this morning to watch the video.  Here is a summary, followed by some comments.

Summary of the Kendi Video

The contract between the School Board and Kendi stipulated that Kendi would speak for 45 minutes, followed by a 15-minute Q&A session.  That format wasn’t followed.  After an introduction that summarized Kendi’s qualifications, the full hour consisted of questions by one of the school system’s Assistant Superintendents, Nardos King, and answers by Kendi.  Kendi participated from his home in Boston.  (His cute four-year-old daughter made a brief, unplanned appearance.)

Much of what Kendi said reiterated things he has previously said in his books and other publications.  A summary of his race-related writings is in “Who Is Ibram X. Kendi.”

He made the following points in his Q&A with Nardos King:

Comments on the Kendi Video

Having finally viewed the $20,000 videotape, my reaction was that a $2,000 payment would have been a huge overpayment.  Kendi’s appearance required no preparation and no travel.  He merely gave off-the-cuff responses to an interviewer’s questions, sitting in his den at his home.  He didn’t give an inspirational speech.  His low-energy answers probably put half his audience to sleep.  He said nothing original.  He didn’t need to know anything in particular about the Fairfax County school system.  Some of his answers were rambling and non-responsive to the questions that were asked.  To make matters worse, the interviewer didn’t press him with any follow-up questions; she merely thanked him for whatever answer he gave and then moved on to the next question.

The School Board’s decision to pay Kendi $20,000 for a one-hour Zoom call is what’s most significant.  The Board knew his views beforehand.  It obviously thought Kendi was an important guru who needs to be heard by school principals and administrators, whatever the cost.  In fact, Kendi’s opinions are based on unproven assumptions, logical fallacies and superficial analysis, and are divisive as well.  See, e.g., “What’s Wrong with Critical Race Theory, Part 1” and “Part 2.”  Other scholars would have been willing to challenge Kendi’s views for free, or for a fraction of Kendi’s fee, but the School Board saw no need to get their input as a balance to Kendi’s race-centric view of society.

When the judge ruled last week that citizens could watch the videotape at the School Board offices, but not get a copy of it, I was considering an appeal to the Circuit Court.  Having seen it, I think an appeal would have an even greater chance of success than I thought.  I had assumed that Kendi made a formal, prepared 45-minute speech, as the contract called for, and I believe that the judge assumed the same thing.  The text of such a presentation might arguably be copyrightable.   But that’s not what’s on the video.  As indicated, the session was merely an informal session in which Kendi gave extemporaneous responses to a school official’s questions.

Nonetheless, I have decided not to appeal.  The video is so poor that it’s not worth the effort.  If others are interested, they can now view the video themselves at the School Board headquarters in Merrifield, as I did today.  I will use my time for more meaningful investigations and reporting about what’s being taught in the Fairfax County school system.  Among these will be another legal challenge, based on the School Board’s recent withholding of documents on the basis of dubious claims of attorney-client privilege.