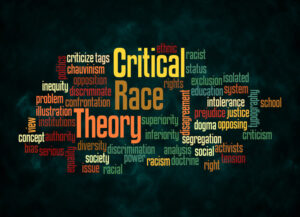 CRT’s key tenets are outlined in prior posts on this site.  (“What Is Critical Race Theory,” Dec. 17, 2021; “Who Is Ibram X. Kendi,” Dec. 19, 2021.)  The Fairfax County School System has adopted CRT uncritically, and has incorporated aspects of it into its curriculum.  (“Ibram X. Kendi in Fairfax County Schools, Dec. 21, 2021).  In fact, however, CRT is fundamentally wrong,  and it is particularly dangerous when children are indoctrinated with its ideas.

The flaws in Critical Race Theory include these:

This post will discuss the first two flaws; the next will cover the other three. 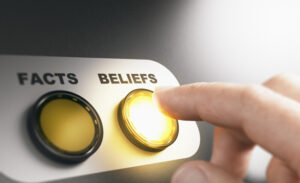 Critical Race Theory Is Based on Unproven Opinions

All the CRT authors begin by recounting the nation’s history of slavery, followed by one hundred years of Jim Crow laws and other institutionalized forms of racism.  They then quickly jump to the conclusion that rampant racism continues today.   In saying this, the past half-century is largely ignored.

Any fair history would need to spend chapters, not just a paragraph or two, discussing the efforts made by society in recent decades to establish equality.  It would require a discussion of the civil rights laws of the 1960s and beyond.  It would require an exposition of the untold billions spent on a vast array of government programs to improve the position of minorities.  It would require a discussion of the affirmative action employment programs in both the public and private sectors.  And it would require an analysis of the efforts in the education field to improve outcomes for minority students.  Do these facts suggest that our society is fundamentally racist?  Perhaps not so much, which explains why CRT authors gloss over the full history.

CRT advocates emphasize the negatives and ignore the positives.  They side-step the actions taken by the white “oppressors” to address bias and inequality.  They also ignore the results of those efforts.  Blacks have made very tangible gains in employment, income, middle-class upward mobility, and political influence.  They characterize blacks as powerless victims who have no influence, although this is obviously wrong.

CRT advocates are understandably frustrated that a substantial gap persists between whites and blacks in educational attainment, employment, income and other parameters.  In seeking an explanation, the only thing they can think of is that ongoing racism must be the cause.  The racism may be unconscious, they say, and it might be explained by different cultural values held by whites vis-à-vis blacks, but it is racism nonetheless.

The problem is that these assertions are opinions, not established facts.  The root causes of inequality are far more complex than the CRT authors are willing to admit.  Cries of “racism” are easy, and it is enticing to have “villains'” to blame.   These advocates are entitled to their opinions, but the rest of us — and particularly the leaders of our schools — shouldn’t accept their assertions without proof.

What is most frustrating is that the Fairfax County School System seems to have uncritically accepted CRT opinions as gospel truth.  It has paid $20,000 to a prominent CRT advocate for a one-hour exposition of his views; it has spent an additional $40,000 for thousands of copies of his books; it has adopted CRT’s lingo; and it has incorporated CRT principles into the curricula of the schools.  And it has done so without inviting any of the many critics of CRT to refute the claims and without placing books with opposing viewpoints in the county’s schools.  Thus, our children are being indoctrinated with an ideological message that ignores history and rests on shaky foundations. 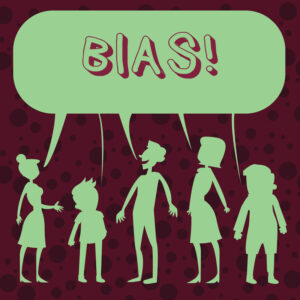 “All Inequality Is Due to Racism” Is Fallacious

CRT advocates say that if an inequality exists between a majority and a minority racial group, it must be because of racism.  This claim is belied by readily available evidence.

For example, it is clear that children of two-parent homes do better in school on average — comparing whites to whites, blacks to blacks, or any similar comparison — than children supported by a single parent.  So racism can’t be the sole explanation for inequalities in education: Being raised in a single-parent home, regardless of race, tends to inhibit a child’s educational attainment.  Similarly, children of another minority group, Asian Americans, tend to outdo their white peers at school in several measures of academic performance.  Is it because the Asian American minority is exercising racist power over the white majority?  Or, what about the fact that there are substantial disparities in education, incomes, health outcomes, etc. between whites in, say, West Virginia and Connecticut.  These inequalities are substantial and persistent, but they can’t be attributed to race.

How do CRT authors write entire books without pausing to consider basic facts like these?  Some simply ignore the facts altogether.  Robin Diangelo, in her best-selling White Fragility, is an example.   Ibram X. Kendi, on the other hand, in his How to Be an Antiracist, addresses the point with a superficially clever but totally illogical argument.  He starts by saying that if an individual is flawed — as he admits he himself was in high school — he can rightly be criticized as an individual, but the criticism shouldn’t be directed towards his race.  Any reasonable person would agree.  But Kendi then jumps to the conclusion that all analysis of sociological differences between races is off limits.  It would be racist, he says, to suggest that any part of the explanation for different outcomes is attributable to a lower value placed on education in black inner cities than in white suburbs, or that part of the explanation might lie in other variables such as teenage pregnancy, single-parent households, drug dependency or violent crime in black neighborhoods compared to white ones.

This is a fallacy.  If you or I identify these variables as potential explanations for the unequal outcomes, we are not saying these problems are part-and-parcel to being black (which would be a racist view); we’re only saying it is a statistical fact that these are bigger problems in today’s world in some black communities than they tend to be in white communities, and that part of the solution to racial inequality is to reduce the incidence of, e.g., unwed teenage pregnancy in the black communities.

In the world of CRT, it is inherently racist to make such statements.  For them, all racial disparities in outcome are due to racism, and if you don’t agree, you’re a racist.  That’s obviously wrong.

Save
Posted in Critical Race Theory