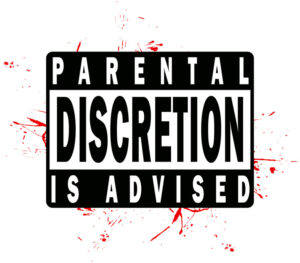 Last autumn, parents complained at a Fairfax County School Board meeting about two books found in some high school libraries.  The parents alleged that the books contained homoerotic material, promoted pedophilia, and were otherwise age-inappropriate.  The questioned books were Gender Queer (2019) by Maia Kobabe, which was owned by seven high schools, and Lawn Boy (2019) by Jonathon Evison, which was in twelve high school libraries.  Apparently, neither book was in elementary or middle schools.

When the parents attempted to read excerpts from the two books at the Board meeting, their microphone was cut off and the Chairperson admonished them that their readings were improper because children were present.  After the meeting, the two books were temporarily removed from the library shelves, but both were restored after an official review.

I wanted to review the books myself but didn’t want to increase the profits of alleged pornographers, so I put my name on a waiting list at the public library.  Others had the same idea … I was about 75th on the list.  I have finally been able to read them.

Gender Queer is a comic-book-style, illustrated “memoir” by a biologically female author.  As in a traditional comic book, each page has illustrations, with the text inserted into the drawings.

The author relates that she had sexual identity issues from an early age; for example, she couldn’t understand why she had to wear shirts when the boys didn’t.  She had fantasies at times about being a boy but apparently didn’t want to change her sex.  She has, however, tried to hide her sex throughout her teenage and early 20s years by sometimes binding her breasts, having haircuts that could be either male or female, and by wearing sex-neutral clothes.  She has experimented with sex with both men and women but has never had strong sexual desires towards members of either sex.  The book describes how the author has coped with her feelings, including, for example, the inadequacy of either male or female pronouns to describe her, and various issues relating to fitting in with others.

Gender Queer contains extremely graphic descriptions of the author’s sexual fantasies and sexual encounters.  Also, many of the illustrations are very explicit, such as naked men lying together, erect penises, oral sex, and bloodied spears thrust through genital areas.

Rejecting the parents’ objections, the committee appointed by the Board recommended that Gender Queer be restored to the libraries, and the school system complied.  The committee concluded that “the book is a well-written, scientifically based narrative of one person’s journey with gender identity that contains information and perspective that is not widely represented.”  The reviewers also felt that “students with a related experience will feel affirmed, and others can gain understanding and empathy.”  The committee decided that the book’s illustrations do not meet the legal definitions of “obscene” or “harmful to juveniles.”  It also noted the benefit of Gender Queer in “supporting members of the gender-expansive community and affirming individuals in their identity.”

The political clout the LGBTQIA community is the only plausible explanation for rejecting the parents’ objections.  The review committee’s statement that Gender Queer is “well-written” is only correct in the sense that its sentences are typo-free and grammatically correct.  The author’s writing style is very basic; the book could have been written by an average tenth-grader (assuming he or she had experienced what the author has).  On a 100-point scale of literary quality, Gender Queer would be a 1 or 2.  The committee’s comment that the book is “scientifically based” is another feeble justification.  There is a reference in it to a scientific theory that gender dysphoria like the author’s can result from different chemical signals being sent to the brain and organ-development areas in early fetal development, but, other than that, Gender Queer is only a factual narrative of one person’s sexual-identity issues.

It is understandable that the gender-expansive community would feel affirmed by portrayals of persons like themselves, and most people would probably agree that a good book shouldn’t be excluded from a high school library simply because a non-“straight” character is portrayed. Also, many parents (although not all) would probably agree that quality literature shouldn’t be excluded because of limited, context-relevant, non-erotic references to sexual activity.  The question is where should the line be drawn?  Here, the Fairfax County school system decided to devote some of the limited school library space to a comic book devoted to a sexual theme and filled with erotic language and sexually explicit illustrations.

Lawn Boy is a novel about a young, working class man, Michael Munoz, who yearns for the American Dream.  Although his ancestors have been Americans for several generations, he is still perceived by some to be a Mexican immigrant.  His father abandoned the family when he was young.  His mother has needed to hold at least two menial jobs at a time to support the family.  Michael has to spend much of his time caring for an older, special-needs brother.  Michael is ambitious but is only able to get low-paying work.  His employers often take advantage of him.  He develops a love of, and skill at, landscaping work, including topiary sculpting.  He suffers several set-backs, but by the end of the story, he teams up with another man to form a successful, although not lucrative, landscaping business.  He feels he has learned valuable lessons from almost everyone in his life, including those who have treated him poorly, and he holds no grudges.

Lawn Boy does not have a sexual theme, but there are a handful of sexual scenes.  In describing his youth, Michael reveals that at age ten, he and another boy exposed themselves to one another and had oral contact with one another’s genitals.  A recollection of this incident plays into the story when, as a young adult, Michael gets hired by the man, who is now a successful real estate agent.  A second sexual scene is in a chapter about Michael’s teenage years, where he describes an encounter with a sexually aggressive girl in which he loses his virginity.  Finally, late in the story, Michael realizes he is gay, and he forms a relationship with another man.

Aside from the sex-related incidents, there are a lot of “shits” and “fucks” in the dialogue, but this language seems realistic for the characters and their milieu, and not out of the ordinary in contemporary literature.

As adult literature, I would give Lawn Boy a very high rating.  I was drawn to the author’s writing style after only a few pages.  The characters are well developed.  The reader cannot help but relate to Mike Munoz and his compelling story.  The novel has things to say about race, class and stereotypes, but the messages emerge naturally from the narrative, not from moralizing by the author.  The theme of the story is inspirational and uplifting, and there is much humor in it as well.

The reviewers of Gender Queer stressed that its text and illustrations are not “obscene” or “harmful to juveniles,” as defined in Virginia statutes.  Many would disagree with that conclusion.  But even if legally correct, it only means that the authors haven’t committed a crime.  Is that the appropriate standard for deciding to put a book in our school libraries?  Shouldn’t the decision focus instead on whether the book serves a valuable purpose in educating the young audience to which it is aimed?

The review committee of Gender Queer would argue that the book does serve a valuable educational purpose in that it “affirms the identity” of nonbinary or asexual individuals and permits others to “gain understanding and empathy.”  But can’t those goals be served by serious books, not comic books, that aren’t as graphic and erotically charged as this one?  If an illustrated book like Gender Queer is appropriate for high schoolers, it’s hard to imagine what wouldn’t be.

In deciding to keep Gender Queer in high school libraries, our school system has defied common sense and generally accepted norms of what should be promoted to our children.

Lawn Boy is a very different case.  It has solid literary merit, as attested by dozens of rave reviews by critics.  It also gives voice to a working class character who encounters prejudice and other obstacles in his quest for the American Dream.  It is serious and humorous at the same time.  Its message is inspirational.  The story includes some sexual situations, but they are central to the story and are not eroticized.  The characters use crude language at times, but this is contextually realistic and not overdone.

However, a legitimate question can be raised as to whether the limited space in a school library should include books with sexual passages like the ones in Lawn Boy.  A vast array of other literature could be selected instead by the librarians.  High school libraries are open to fourteen-year-olds as well as eighteen-year-olds, and many parents would prefer that their children not be exposed to any literature depicting either male-female or homosexual encounters.  The author of Lawn Boy, when his book unexpectedly raised a furor, pointed out that he intended his book for an adult audience, not children.

I would not object to a high school senior of mine reading Lawn Boy.  Students at this level should have the maturity to appreciate the book’s literary quality, and its limited sex-related passages would seem tame to most of them.  On the other hand, I probably wouldn’t want a ninth-grader of mine to read it.  I respect that others would strike the balance differently.

I will say that if Lawn Boy is the second-most-offensive book in Fairfax school libraries (the worst being Gender Queer), then perhaps the situation in our school libraries isn’t too terrible.